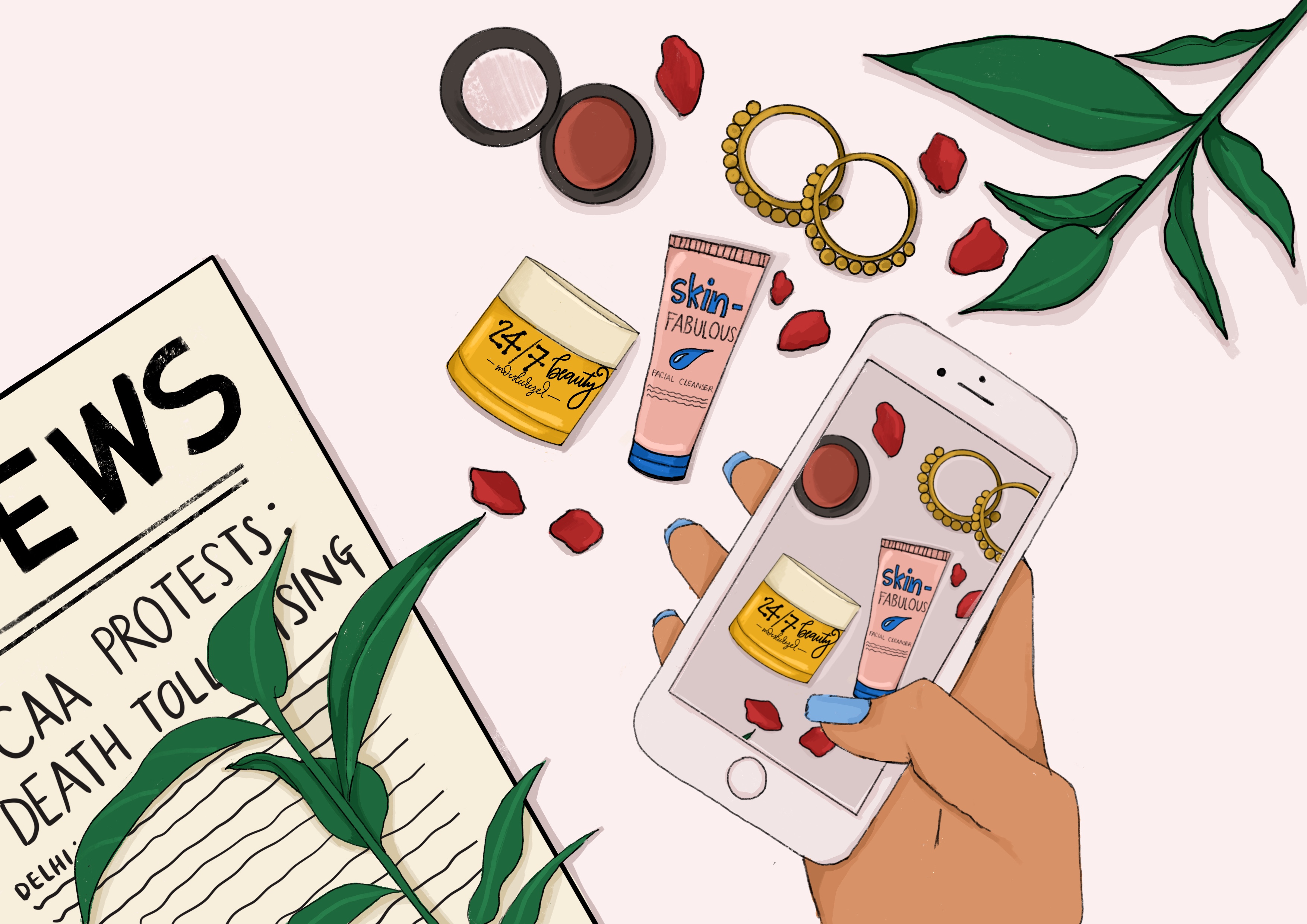 Poor Padma Lakshmi, who likely just wanted to get in on the meme of the moment. Instead, she was descended upon by thousands of Twitter users furious that she’d stayed silent while the Indian government had revoked Kashmiri rights, passed the wildly discriminatory Citizenship Amendment Act (CAA), shut down the Internet to quell dissent, and had its police forces brutalize and detain thousands. “Love how you’re cool milking your roots for your brand but lending actual public support is beyond you,” one follower tweeted. Another shot back using the original meme format. 2020: USE YOUR PLATFORM TO SPEAK UP ABOUT STATE-SPONSORED VIOLENCE.

Like India itself, the landscape of brown influencers in the West is multitudinous. You have outright celebrities like Priyanka Chopra, Padma Lakshmi, Deepika Padukone, Jameela Jamil, and Lilly Singh. You have polit