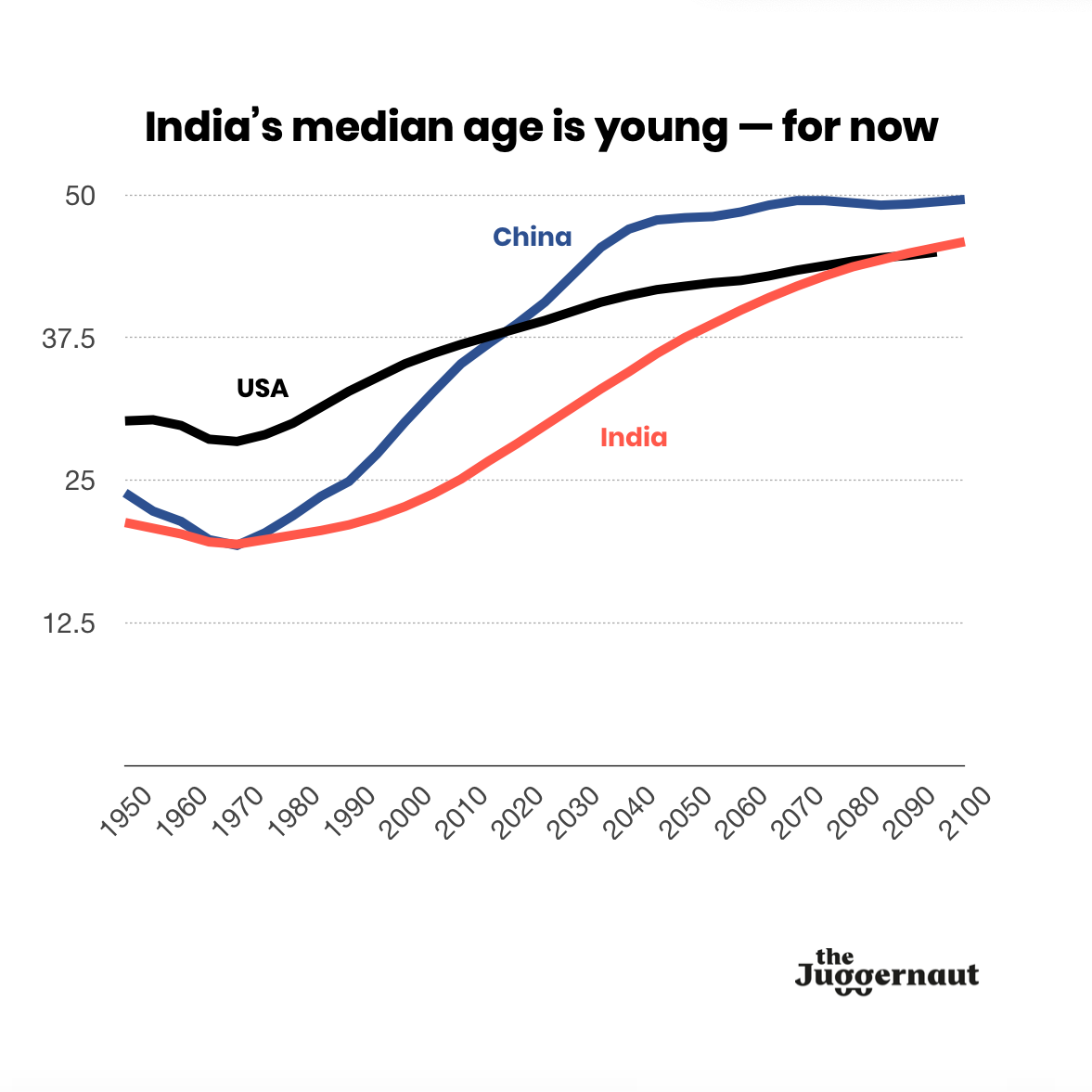 In India, Why Do 18- to 22-Year Olds Matter So Much?Maya Bhardwaj

Since India’s last general election in 2014, 45 million more people have turned 18 and become eligible to vote — 15 million of these voters are between ages 18 and 19.

This election cycle, both the BJP and Congress are finding ways to pander to the youth vote. The parties are active on Twitter and WhatsApp groups targeting first-time voters. Threats of war with Pakistan have energized some young voters to support Modi’s adventurism. The BJP has even released a hip hop video, replete with dance moves and rappers mouthing the importance of first-time voters.

But why do young voters matter so much? In the 2014 election, 24 million new voters had joined the electorate — about half the 45 million India is seeing in 2019. At a 2013 rally, Modi promised 10 million jobs if the BJP were elected. BJP won in India’s five youngest and largest states — primarily North Indian states with the largest number of Lok Sabha seats. The youth voting bloc seems to have been persuaded by the lure of the BJP’s promise of new jobs and better education.

But these promises haven’t been fulfilled. In 2018,